Cadillac question: What on earth is V2V? 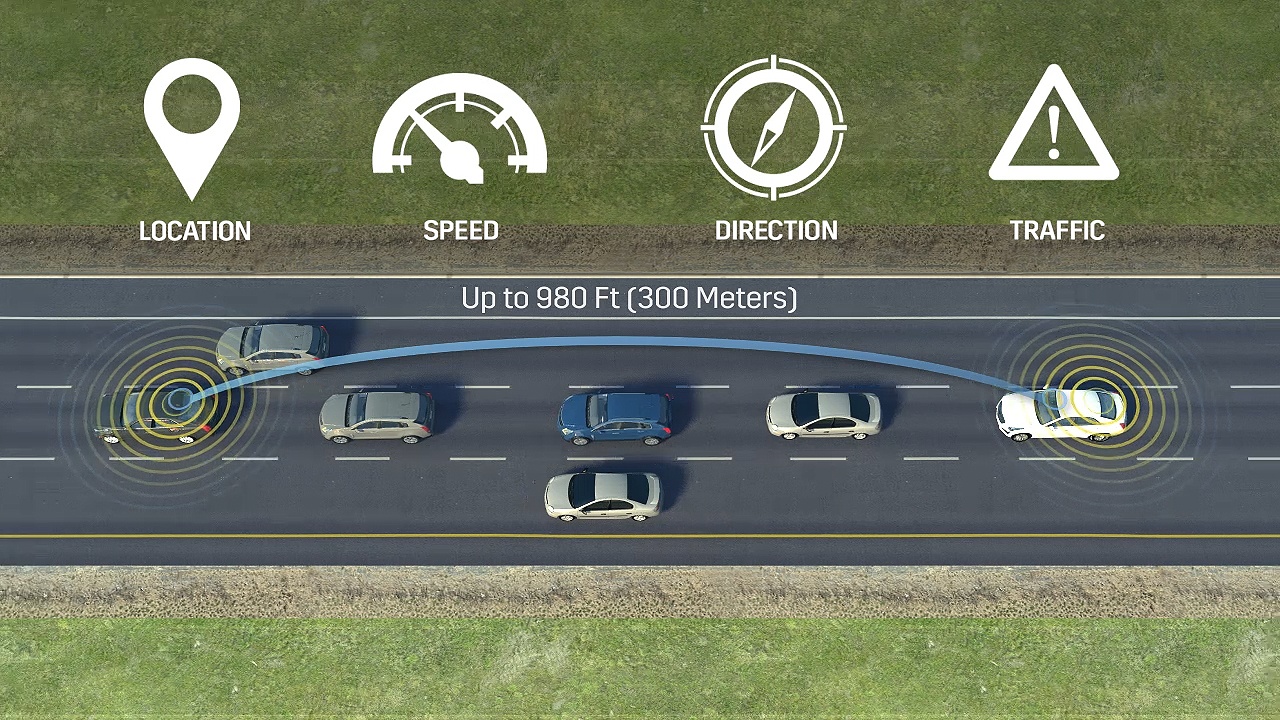 Since 1902, when Cadillac was born as a brand, the badge has been known for its share of firsts.

Well, here’s another Cadillac first: Cadillac is the first car company to make V2V standard. (It’s in the CTS sedan, if you want to check it out.)

But what the heck, you may be asking, is V2V—and why would you want it?

Good question. And one that deserves a good answer.

V2V is a communications technology. You could think of it as WiFi—but for cars, not the people inside.

In short, it’s a way of letting cars talk directly to one another.

(By the way, GM does include regular, human-usable WiFi on almost every vehicle they sell, if you’re interested in that kind of communications technology.)

So what’s the point?

Here’s an example that will nicely demonstrate the power of V2V.

Let’s say you’re a kind and considerate driver. (Of course you are.)

Have you ever tried to let other drivers know about problems on the road ahead?

Perhaps you’ve turned on your hazard warning lights in a vain attempt to say “You’re headed for trouble!” Or maybe you’ve flashed your lights at oncoming vehicles to warn of approaching danger. (Certainly not hidden police cars.)

V2V lets cars send messages like that to each other.

The real beauty of it all is that V2V explains exactly what it means. Your intended target won’t be stuck wondering, “Why were they flashing their lights?” before they turn the corner to find an accident: their car will already know.

GPS, of course, lets a car know exactly where it is on earth, to within just a few meters. DSRC is a wireless system that adds the ability to send messages to—and receive them from—other similarly equipped vehicles.

And when a car with DSRC detects an “event,” it sends a message out over its wireless system that says what has happened.

Any DSRC-equipped car within range will receive that message and can share it with the driver.

What kind of events are we talking about? The Cadillac system responds to:

None of these occur in routine driving. Each one is an indication that a driver is responding to a problem.

So by sharing this information with cars, other drivers get more time to anticipate and react.

Even better, cars with DSRC form a kind of mesh, sharing information between themselves. The result is a network of cars that know what’s going on ahead, long before the driver sees the problem.

How are these messages communicated to the people in the car? There are several ways of alerting drivers to problems. In the Cadillac CTS, you’d see a message displayed on the dashboard in front of you.

Other methods of alert include messages on heads-up displays and vibrating seats.

Bring in the infrastructure

V2V is a great idea, right?

In fact, it’s such a good idea that people have started asking why only cars should have the technology.

What if traffic lights were DSRC-equipped—and could tell cars when they were about to change? GM has actually tested that in Michigan… and it works.

How about roads that alerted drivers when they were covered in ice? That’s just an idea, but it could be coming.

There’s growing recognition that every piece of our infrastructure on our roads and highways could talk to our cars. Some engineers are calling this “Vehicle-to-Infrastructure” or “V2I”. Others have adopted “Vehicle2-Everything” (V2E.) To keep things simple, still others have simply started talking about “Vehicle-to-X” (V2X).

The benefits of V2V are easy to understand. By some estimates, 70–80% of accidents could be prevented with the additional warning time created by V2V.

Those kinds of numbers represent a huge savings of time, money, and lives.

And looking ahead to when our cars have self-driving capabilities (beyond those available in Cadillac’s SuperCruise system,) V2V could be key to making everything work seamlessly.

Speaking of making it work, there’s one major obstacle here that you’ve probably already figured it out: the effectiveness of V2V is directly tied to the number of cars on the road that are using it.

A few other manufacturers are following Cadillac’s lead but it’s still very early days. Clearly, as the number of V2V cars on the roads increases, so too will its value.

It’s safe to say, though, that whether V2V becomes widely adopted or not, there’s a revolution coming in road safety—and Cadillac is at the forefront.

And if you yourself want to play a part in reducing accident rates, come down to Budds’ Chevrolet Cadillac Buick GMC in Oakville. Our friendly sales professionals would love to show you the CTS—and they’d be happy to explain the benefits of its V2V capabilities.