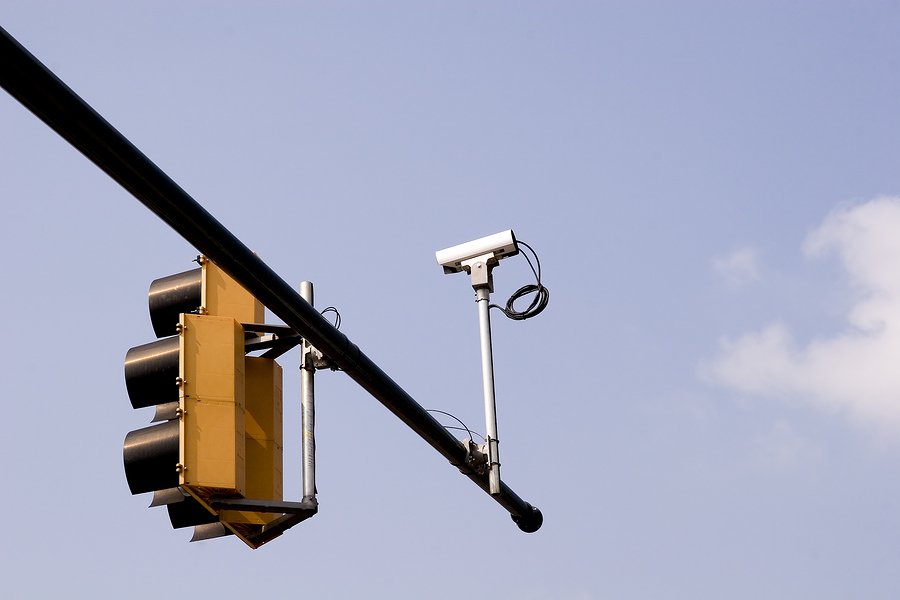 Thanks to advances like seatbelts and airbags cars are safer today than they’ve ever been. Better still, modern technology is doing more to help you avoid accidents. Wherever there’s an engineering solution to accidents you can be sure GM is working on it.

What no amount of engineering can deal with though is the human factor. Drivers make mistakes, and they’re sometimes guilty of poor judgment.

Red light-running is a prime example. Everyone knows it’s dangerous—but people still do it. Maybe they’re late for work, or perhaps they just weren’t paying attention. Many times they get away with it, and that leaves them thinking they can do it again.

To address these behaviors cities and municipalities are installing red light cameras. There are 17 in Halton Region right now. Run a red light at one of the intersections they’re policing and you’ll receive a $325 ticket in the mail.

Maybe you’ve already noticed them. They’re mounted in a box on top of a 3.5m pole, located about 20m from an intersection. There’s a sign warning you of their presence so you have no excuse for getting caught!

Inside the box, there’s a camera and a speed detector. The system is connected to the traffic light controller and only becomes active when the light turns red.

If the camera detects a vehicle approaching too quickly it snaps a picture. A second picture is taken as the vehicle enters the intersection, to prove it didn’t stop. These pictures are then reviewed manually to be sure they clearly show an infraction, and that they’ll stand up in court. If it’s decided that the driver ran the red light a ticket is mailed to the registered owner of the vehicle.

If you weren’t driving

The cameras can’t tell who was actually driving so the ticket goes to the registered owner. It’s up to you to know who was driving the car at the time the red light camera was triggered.

You remember this from driver’s ed—the yellow light warns you that the lights are changing to red. You should stop if you can, but sometimes it’s just not possible and you need to keep going.

In this situation, there’s no need to fear a ticket. The camera only works when the light is red, so enter the intersection under an amber light and you’re in the clear.

This is still allowed with red light cameras. It is essential though that you come to a complete stop before making your turn. That way the camera isn’t triggered by you driving straight through.

Each red light camera costs around $150,000, so you can be sure Halton Region isn’t putting them up without a good reason.

On average, one accident per week is caused by red light running. Data from municipalities like Toronto shows red light cameras reduce deaths and injuries by 25% and accidents by as much as 60%. If you or someone you love has ever been injured by a red light violator you’ll agree: anything that cuts down on this is worthwhile.

You have a choice

Some people consider camera systems little more than another tax. Well, there is at least one difference: you don’t have a choice about paying taxes, but running a red light is a decision. And now, with these cameras, it’s guaranteed to be an expensive one!

Red light camera locations aren’t secret, which is all the more reason why you shouldn’t get caught. Here are the five most active cameras in our Region (data from TheIFP.ca.)

No matter how careful you are, other drivers may not be as diligent, (or concerned about red light cameras!) That’s why it pays to look at safety scores when choosing your next vehicle.

Safety performance is measured in the US by the NHTSA, which has a star rating system, and the Insurance Institute for Highway Safety (IIHS.) Many GM vehicles have five-star ratings (the highest,) and a number also earned IIHS Top Safety Pick ratings.

If you’d like to learn more, come down to Budds’ Chevrolet Cadillac Buick GMC in Oakville and we’ll be happy to explain.