Everyone looks good in a Blazer 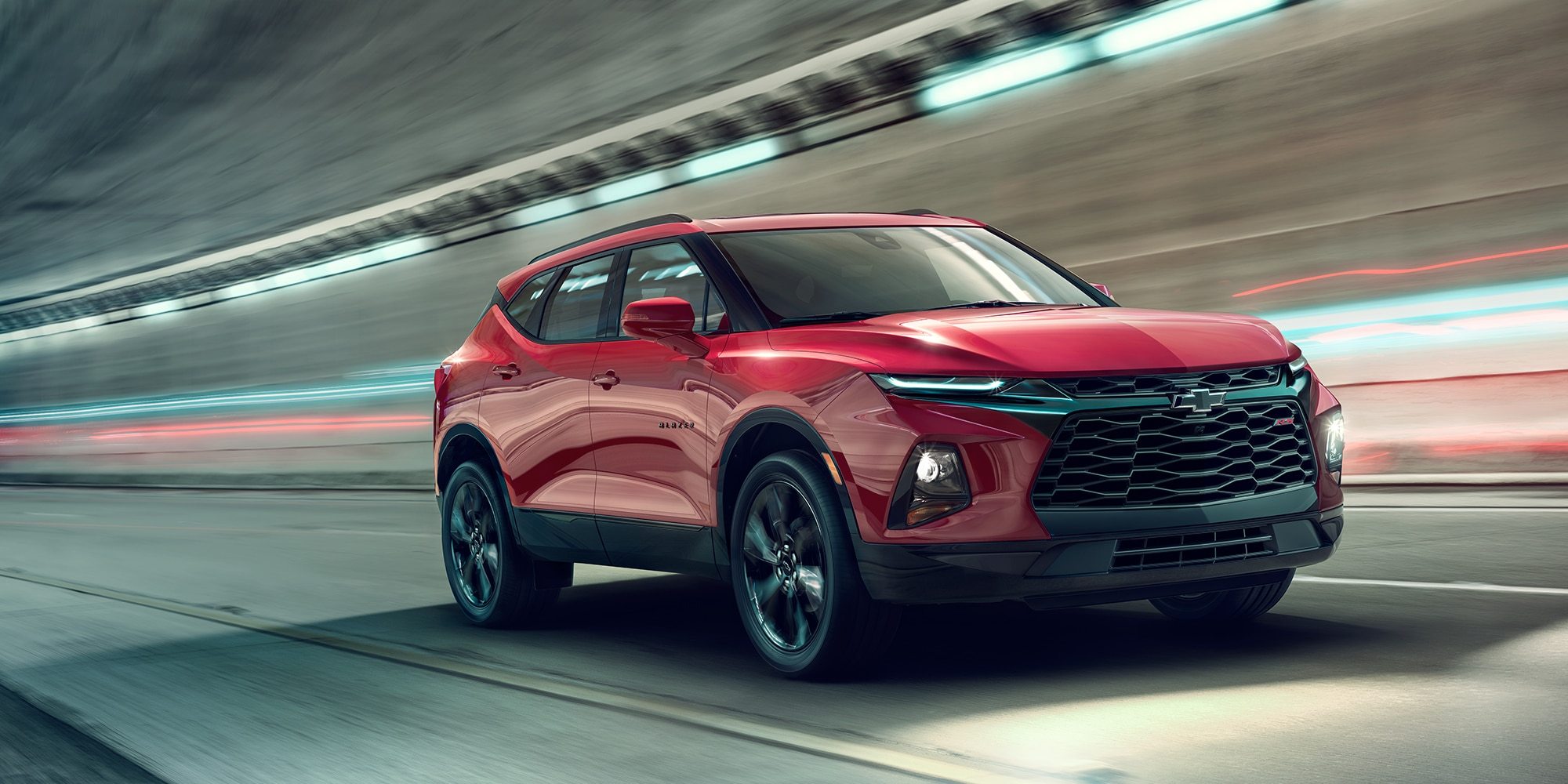 For example, the little black dress, a Rolex Oyster watch, and of course a well-styled Blazer.

To be clear, we’re referring here to the Chevy Blazer SUV, not the item of clothing,

But hey, if you thought the Chevy Blazer was long-gone—think again. Turns out that what looked like retirement for this famous nameplate was just a hiatus.

Yes, the Blazer is back, and we think you’ll look good in one.

If you wanted an SUV in 1968—not that anybody called them that back then—you’d be looking at a Bronco, a Cherokee or a Scout from International Harvester. (Who remembers the Scout?)

The K5 came with 4-wheel drive and a removable fiberglass top that made it a kind of convertible off-roader.

This was replaced in 1973 by a new Blazer, but Chevy wisely carried over all the features that made the original so desirable. This remained in production, with various updates over the years, until 1991.

Some potential buyers found the body-on-frame K5 a bit too big, so in ’83 Chevy added the smaller S-10 Blazer to the line-up. Initially only a two-door, in 1991 this gained two additional doors and a few more inches in length.

In ’92 a third generation K5 Blazer came along. To the regret of some fans though, this lost the removable roof and became a rather more conventional SUV.

The third-gen remained in production until 1995, at which point morphed into the Tahoe. However, the smaller S-10 kept going until 2005 with a name change to just “Blazer”.

The Blazer is back 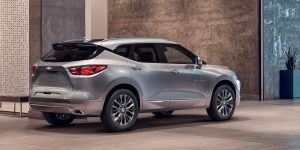 There had been rumors of course, but when Chevy announced the 2019 Blazer, it still came as a surprise.

Slotting between the Equinox and the Traverse, the Blazer’s face features dramatically-thin lights and a big, bold grille. Flanks are sculpted and the side windows kick up towards the steeply-raked rear window and signature LED taillights. The whole effect is muscular, assertive, and somehow very modern. No removable fiberglass roof though, unlike the first generation.

Initially, at least, it appears the Blazer will be offered in three trims, the base Blazer, then the RS and, topping the range, Premier.

A 2.5-liter engine is standard, paired with a modern nine-speed transmission. Buyers stepping up to RS or Premier trim will get the option of a 3.6 liter V6 and AWD.

All Blazers will get a Traction Select function for choosing between drive modes. On AWD models this will allow decoupling of the rear wheels for improved fuel efficiency.

The RS trim, also available on some other Chevy’s, delivers more of a performance emphasis. There’s a black grille, black trim, including the bowtie, and distinctive wheels.

Premier, on the other hand, leans more towards luxury. That means lots of chrome trim and accents, both outside and in.

Peek inside and you’ll spot more similarities with the Camaro. The air inlets are circular and the 8” screen stands proud of the dashboard for easier access. Incidentally, the screen now utilizes the “Chevrolet Infotainment 3” system rather than MyLink.

Keeping things practical, the rear seat slides fore and aft in all models. Folding it down yields 1,818 liters of space for cargo.

There will be a wait

It’s frustrating, we know, but the new Blazer won’t be available until early 2019. It almost makes us wish Chevy had kept it quiet for a few more months, but maybe they needed to get out ahead of the leaks.

If you think you’d look good in a new Blazer, call or email and let us know. That way we’ll be able to reach out when we’ve one for you to, ahem, try on.

Alternately, if you’re not willing to wait, come take a look at the Equinox and Traverse. No, they don’t have the Blazer’s heritage, but they’re both good-looking and very capable SUVs. Come on by to Budds’ Chevrolet Cadillac Buick GMC and we’d be happy to explain.