Because when you boil it down, all vehicles are alike—jump in, turn on the engine, drive where you want to go, then repeat the process in reverse.

No, that’s total nonsense. Besides the fact they both have wheels, an engine, and the Chevrolet bowtie on the front, there’s really nothing similar about a Cruze and an Impala.

Surprise—both of these Chevy vehicles were named the best in their respective classes in Consumer Reports’ 2017 Annual Top Picks list.

This best-in-class honour for the Impala isn’t anything new—in fact, this is the third consecutive year it has scored first on Consumer Reports’ list. The accolade for the Cruze, however, is significant, especially when you consider the highly competitive nature of the compact car category.

Let’s take a closer look at the features that make the 2017 Chevy Impala and the 2017 Cruze Consumer Reports’ “best of the best.” 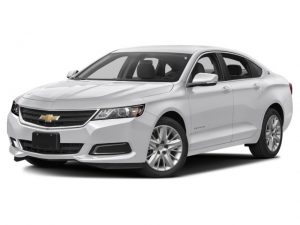 As we said, this is the third straight year the Impala has headlined the large sedan category on Consumer Reports’ Top Picks list—so that has to count as a vote for the car’s quality and likability.

The 2017 model, specifically, is designed to drive more like a luxury vehicle than its predecessors.

But the Impala doesn’t just drive like a luxury vehicle, it looks like one too. Complete with chrome touches on the interior and a unique contour design on the exterior, it can really impress.

It’s also a safe vehicle, having earned a 5 star score on safety from the NHTSA, thanks to advanced safety features such as 10 standard air bags, forward collision alert, lane departure warning and blind zone alert, among others.

Powering the ride is an available V6 engine capable of generating up to 305 horsepower, while still earning a respective fuel economy of 8.3 L/ 100km on the highway. The Impala’s standard engine is a four-cylinder, 2.5 litre capable of 7.9L/ 100km. You really can’t go wrong with either engine.

Incidentally, the accolades for the 2017 Impala don’t stop with Consumer Reports—the vehicle scored a perfect 5 star rating on Edmunds.com, and was rated 8.9 out of 10 by U.S. News & World Report.

As we noted at the beginning of this piece, it’s quite the accomplishment for the Cruze to earn best-in-class honours in the compact car segment, especially when you consider that imports have cleaned up in these categories in the past.

But the Cruze has generated mountains of buzz ever since it was introduced to the market. And now, with a full 2017 redesign, more and more drivers are taking notice.

In fact, you might even think about the Cruze as a shrunken down version of the Impala—particularly when it comes to the quality of the ride, the interior features and the overall design.

The Cruze has a sporty look and feel to it, which makes it fun to drive, and it provides a much quieter ride than other compacts in the vehicle class. The Cruze is available as both a sedan and hatchback.

Plus, you can’t beat the fuel economy. The standard 1.4 litre turbocharged engine produces up to 153 horsepower and hovers around 8L/ 100km on the highway. And an all-new diesel Cruze achieves up to 4.5L / 100km on the highway—which is almost ridiculously efficient for a 1.6L engine.

In a nutshell, the Cruze is an affordable vehicle—but it certainly doesn’t cheap out when it comes to its quality. A fact which not only Consumer Reports noticed, but other outlets as well—both Motor Trend and the Canadian Car of the Year awards have been paying attention to the Cruze.

If you’re shopping for a car, the annual Consumer Reports Top Picks list a great one to keep in mind, because the CR brand has stood for decades as an authentic source of “no-guff” advice. If a car is garbage, Consumer Reports will say so.

Which is why, frankly, it’s nice to be awarded. We feel the Cruze and the Impala have a lot to offer, and we think you will too. Come see what Consumers Reports already knows—as well as thousands of drivers—and test drive one at Budds’ today.